Millions of slum dwellers in Kenya have limited access to proper hygienic sanitation. Sanergy, a startup founded in 2010 by a team of MIT graduates, is tapping into this market by franchising products to local entrepreneurs in Nairobi’s informal settlements. 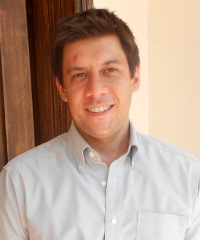 Sanergy manufactures low cost high quality branded sanitation facilities called Fresh Life. The toilets are sold to people in the community who run them as small businesses. So far, Sanergy has sold 275 toilets to 140 entrepreneurs. Sanergy provides daily waste collection services, marketing and branding support, as well as training for the entrepreneurs.

One of Sanergy’s co-founders, David Auerbach, told How we made it in Africa that the business was inspired by the team’s interest in finding pragmatic solutions to social challenges. Previously, Auerbach ran partnerships, policy and outreach at Endeavor and was a deputy chair for poverty alleviation at the Clinton Global Initiative in 2006.

“Sanitation, renewable energy and fertiliser were challenges out there that were really interesting to my team and myself,” he said. ”We came here and went to informal settlements and saw close-up the challenges people faced.”

The social enterprise comprises 107 people and works in three slums in Nairobi, with moves to expand into a fourth.

Sanergy is partnering with micro-lender Kiva to help entrepreneurs get loans to purchase the Fresh Life toilet.

“It is a very good investment. With an average of 50 users per day charging KSh 5 per use, the entrepreneur is making somewhere around KSh 225 ($2.6) in profit per day. Over the course of a year that adds up to about KSh 80,000 ($944) in profit so they are able to repay within about nine months,” said Auerbach. “On average, each of our entrepreneurs is purchasing a second toilet. That means it is a good investment.”

According Auerbach, converting human waste into other useful materials will be the “driver of growth” for Sanergy. Currently, the business collects about 25 tons of waste per week.

“There is a whole variety of what you can turn it into, including fertiliser, renewable energy… plastics [and] animal feed. So there is a huge opportunity. We go to each and every toilet [daily] and collect the waste in a professional and hygienic manner and take it to a centralised facility where we are converting mostly into organic fertiliser but, also at a pilot level, renewable energy. The results have been extremely positive.”

In three years, Sanergy plans to have over 1,000 Fresh Life toilets in Nairobi.

“Our entrepreneurs are the key to the model. As our entrepreneurs become successful, other people will want to buy the Fresh Life toilet. This makes our model inherently replicable so that we can take it to other peri-urban areas within Kenya as well as other cities around East Africa: Kampala, Kigali, places like that.”
According to Auerbach, working in informal settlements has been difficult, mostly because the communities are very built up.

“One good problem we have is we are collecting so much waste now. We are running out of space and so we need to move to bigger space,” he said. “The uncertainty around land in informal settlements is always a challenge. We are building our toilets on land and our entrepreneurs need to have access to that land to buy a toilet.”

Auerbach said he relishes the challenges he faces in running his business.

“I love this work. Our whole team is motivated by this powerful social mission and the opportunity we have to fix a huge problem around the world. That really excites me every day. I have been on jobs where you wake up every day and you are disappointed to go to work.”

He advised other entrepreneurs in Africa to put their “ears on the ground” and build strong teams.

“You have to be prepared to fail and when you do be able to pick yourself up really quickly because you are going to be wrong more times than you are right. You have to learn from that and continue to grow.”