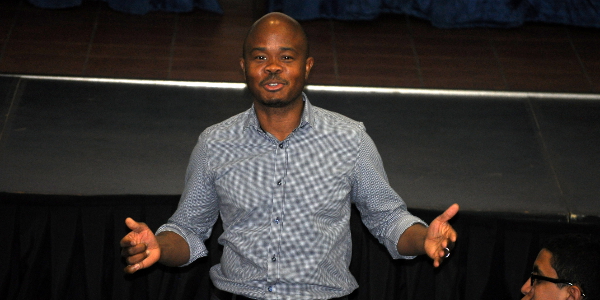 “Let’s not just copy a model from other parts of the world. Let’s take a clean slate, ask what the university of the 21st century should look like – and just throw away any convention and start from scratch. And that’s exactly what we are doing,” said Fred Swaniker, founder of the African Leadership University.

Fred Swaniker, the founder of the African Leadership Network (ALN), has plans to launch 25 world-class, African-focused universities in the next 25 to 30 years, which he estimates will be educating around 250,000 people at any given time.

Swaniker is also the founder of the African Leadership Academy (ALA) in Johannesburg, a two year pre-university programme for the brightest young leaders across the continent.

“I believe the only way we will bring out our full potential is by developing the intellectual and human capabilities we have,” he told How we made it in Africa.

“So just looking at the massive shortage of tertiary education on the continent… we need a radical and innovative solution that can help increase the number of [higher education graduates] who can really help drive innovation within healthcare, education, infrastructure, technology, and all the different things we need to do throughout Africa.”

The idea to launch the African Leadership University (ALU) chain came to him two years ago, and already the initiative’s first university has been opened in Mauritius, known as African Leadership College (ALC). Around 6,000 people applied to attend its inaugural class this year, with around 180 accepted. However, Swaniker said it will eventually develop capacity for 10,000 students.

Declaring missions, rather than majors

According to Swaniker, ALU has developed an innovative model to university education that allows the institution to offer higher quality education over a shorter time frame and at lower cost – and there are a number of ways in which it differs from the traditional model.

For starters, all students, regardless of the degrees they want to pursue, go through the same core curriculum in their first year, and do not yet declare majors. Rather, they are encouraged to determine their career missions, such as bringing low-cost healthcare to rural communities.

“In the core curriculum we develop skills like critical and analytical thinking, working in teams, how to lead yourself and others, and how to communicate – because these are the skills we think employers are actually looking for and that allows graduates to one day become self-sufficient entrepreneurs.”

The curriculum is also structured so students spend eight months a year on campus, and four months with an employer. This means that by the time a student has graduated from a three-year course, he or she already has a year of work experience and is therefore more employable.

A classroom in the newly-established African Leadership College in Mauritius.

ALU has partnered with top companies such as McKinsey & Company, IBM and The Coca-Cola Company to give students a world-class work experience.

Furthermore, the curriculum has a strong focus on developing students’ emotional intelligence and values.

While the ALC and future universities do offer bursaries and scholarships, Swaniker said the aim is to make attendance affordable, depending on the individual’s financial circumstances.

“What we ask is that everyone pays at least what they can afford. So we will assess the financial circumstances of students who apply, and if they come from a middle class family, then they will pay the full fee. If they come from a disadvantaged background then we will give them some form of a scholarship,” he explained.

“But we expect everyone to pay at least something so that it is sustainable and we can really provide education to hundreds of thousands of people across Africa.”

The aim is to have around 50% of students from the African continent paying between zero and US$4,000 a year for both tuition and accommodation at the universities, with the other half paying between $4,000 and $10,000.

“The other thing we want to do is have about 25% of our students come from outside of Africa and pay about $20,000 to $25,000… So the revenue we get from the international and paying African students will allow us to fund the disadvantaged students from Africa,” added Swaniker.

Some students’ tuition will also be sponsored by corporations looking to source skilled graduates.

Rwanda and Nigeria next

ALU is also launching an MBA programme in Rwanda next year, and plans to open two more universities in Nigeria and Rwanda between 2017 and 2019.

Once ALU is running multiple campuses, Swaniker said students will be able to start their degree in Mauritius, spend a year studying in Nigeria, and graduate in Rwanda. This would give them a broader experience of different African markets and cultures.

“I can go on forever about all the things we are doing differently. If you look at many universities today that have been around for 300, even 400 years – the world has changed a lot in that time but the concept of a university hasn’t changed much,” he continued.

“So we said let’s build a new university in Africa. Let’s not just copy a model from other parts of the world, let’s take a clean slate, ask what the university of the 21st century should look like – and just throw away any convention and start from scratch. And that’s exactly what we are doing.”