One of the world’s largest providers of flexible office space, Regus, recently opened their newest office in Abidjan, Ivory Coast. 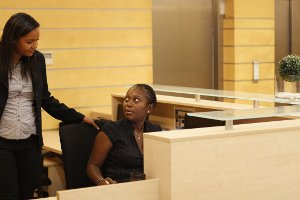 Last year Regus’ year-on-year growth in enquiries was up 40% on the continent and new offices are planned before the end of the year in Lusaka and Antananarivo as well as additional centres in Casablanca and Nairobi.

“Africa is a key part of the world where the economy is expanding . . . and our offices are particularly well adapted to emerging markets to allow companies to get a foothold and test the water”, vice-president, Olivier de Lavalette told How we made it in Africa.

The company will be hoping demand in Ivory Coast matches that in neighbouring Ghana.

After the opening of an office in Accra in April 2010, occupancy rates are at 95%, far beyond initial forecasts.

“We do see that in these less mature markets it’s clearly more challenging to set-up a business, so I think that’s why we’ve seen a lot of success in places like Ghana”, de Lavalette said.

The company offers modern office units, meeting rooms and video-conferencing facilities to a mix of international firms starting to move into Africa and local firms seeking to branch out.

“We find there is a noticeable lack of medium-sized businesses [in Africa], and we offer a service to help micro businesses expand and reach the outside world” de Lavalette said.

“With the developed economies of Western Europe and the US producing negative or minimal growth in recent years” reads a company document, Regus is pushing into new markets “to find growth from new sources”.

This is the first time such business offices have been set-up in Abidjan, though last year a local company, Africaincorp Media Network (AMN) launched a flexible office for local creative professionals.

“Our co-working space is to have an environment for freelancers, web start-ups and people from the design industry where they can meet up with potential partners, investors and mingle between themselves”, said Frederic Tape, the founder of AMN.

Flexible workspaces with short-rents allow businesses to concentrate on their principal work and reduce the paperwork and logistical burdens.

According to the World Bank’s Doing Business report it takes 40 days to start a company in Ivory Coast, 592 days to get a construction permit and 62 days to register a property.

Richard Miles is How we made it in Africa’s correspondent in Abidjan.