Entrepreneurs are gaining an increasing level of respect in Africa, according to a new report with the title ‘Accelerating entrepreneurship in Africa’. 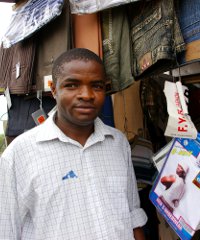 In many parts of Africa entrepreneurship is still seen as a “last resort, as opposed to the pursuit of an opportunity or aspiration”.

To produce the report, the Omidyar Network in partnership with the Monitor Group, conducted a survey with 582 entrepreneurs in six sub-Saharan African countries: Nigeria, Ghana, Ethiopia, Kenya, Tanzania and South Africa.

More than three-quarters of respondents from Kenya and Ethiopia agreed with the statement that ‘most people consider becoming an entrepreneur a desirable career choice’. The figures for Tanzania (64%), Ghana (51%), Nigeria (49%) and South Africa (44%) were somewhat lower.

Entrepreneurship in Africa is often romanticised. Successful entrepreneurs are celebrated for their wealth and lifestyle, rather than their business skills. Many people associate entrepreneurship with a life of luxury, without acknowledging the “countless hours of work, disconcerting moments of payroll uncertainty at month-end, struggles to keep operations going on razor-thin cash flows, and many other challenges that all entrepreneurs encounter at one time or another”.

“As a result, many young people venture into entrepreneurship solely to attain wealth and emulate such lifestyles, embarking upon the same lines of business as the successful business people they are trying to emulate without any knowledge of that particular industry. This discourages innovation,” notes the report.

People often believe that in order to be celebrated, they must exude the impression that they have made it before actually attaining any success. “Examples of this include entrepreneurs buying expensive cars and renting luxurious and expensive office space. This culture poses many risks to businesses where enterprise resources are redirected towards consumer expenses,” explains the report.

According to the report, failure should be an option for success in business. Fear of failure often prevents entrepreneurs from starting or growing businesses.

Attitudes to business failure are, however, becoming more favourable. Many of the respondents in the survey agreed that failure is part of the entrepreneurial journey and that it is common for a failed entrepreneur to try again. Agreement with this concept is 68% in Kenya, 67% in South Africa, 63% in Tanzania, 56% in Ethiopia and 54% in Nigeria.

In some cases investors are specifically looking for entrepreneurs who have failed, learned from the experience and are prepared to try again.