Singer Cesária Évora, known as the “Barefoot Diva” for her habit of performing without shoes, is one of Cape Verde’s most famous exports. She popularised Cape Verde’s morna style of music, characterised by its haunting melodies. Even after her death in 2011, her voice still inspires “visions of faraway islands out in the Atlantic, swept by strong winds and sorrows”. 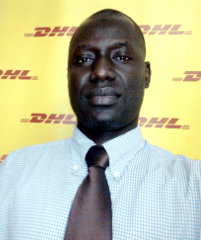 Cape Verde has found a way to channel the energy of the wind – blowing sand from as far away as the Sahara Desert onto the islands – not only into inspiration for beautiful songs, but into economic benefit for its people. Around 25% of the country’s power is currently produced from four wind farms. The government has set itself the target to reduce non-renewable energy to 50% of the country’s energy consumption by 2020.

According to Ibra Mbaye, country manager of DHL Express in Cape Verde, there are investment opportunities for companies wanting to assist with the government’s renewable energy programme.

Cape Verde, an archipelago of 10 islands about 570km from the coast of West Africa, is also viewed as a model for political rights and civil liberties in Africa. In 2011 the country’s former President Pedro Pires received the U$5m Ibrahim Prize that is awarded to African heads of state who deliver security, health, education and economic development to their constituents, and who democratically transfer power to their successor.

Cape Verde’s tourism industry has been the major driver of the economy in recent years. The islands are a relatively short flight from Europe and many leisure hotels and properties have sprung up. Last year, 533,877 tourists visited the archipelago, for the first time surpassing the native population.

“The archipelago enjoys a mild climate, conducive to the practice of marine activities throughout the year and an unusual geographical environment,” says Mbaye.

National Geographic Traveler recently identified Cape Verde as one of its “best trips for 2014”. The magazine described the country as an “uncharted hideaway, where tourism is nascent and blissfully small scale”.

Hotels and restaurants grew approximately six times faster than the national economy between 2000 and 2010, accounting for almost 16% of GDP in 2010.

It is estimated that more than three-quarters of Cape Verde’s tourist beds are concentrated in all-inclusive hotels and on two of the nine inhabited islands.

However, good governance doesn’t make one immune to global economic turmoil, and Cape Verde is currently feeling the effects of the economic slowdown in Europe, especially in Spain and Portugal.

“Cape Verde has a shortage of natural resources. The economy is service-oriented with trade, transport, tourism and the public sector accounting for the bulk of GDP. Tourism is the backbone of the economy. Cape Verde’s future prospects depend strongly on the stimulation of tourism and remittances from emigrants,” says Mbaye.

Other challenges facing businesspeople is having to travel between Cape Verde’s 10 islands. Access to credit, rigorous labour laws, high taxes and telecommunication costs can also make it difficult to operate in Cape Verde. In addition, accessing skilled human resources can be problematic.

Despite these difficulties, Mbaye says many companies are succeeding in Cape Verde, adding that one of the biggest misconceptions about Cape Verde is that there are no industries in the country.