Africa’s image in the media has undergone a dramatic change in recent years. While most of the reporting in the past focused on things like war and famine, it is now Africa’s business potential that is making headlines. The rapidly growing economies of many African countries have prompted many commentators to label the continent as one of the world’s hottest new investment destinations. 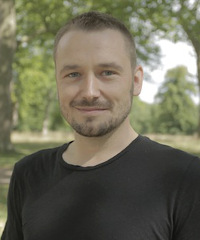 Over the past two years both Time magazine and The Economist came out with covers that read “Africa rising”. The Economist’s cover caused quite a stir because 11 years earlier the publication called Africa “the hopeless continent”.

Award-winning UK-based journalist Peter Guest has had a front row seat of this change in perceptions about the continent. He was the founding editor of the Financial Times Group’s This is Africa magazine and remains a regular commentator and writer on Africa’s economies and international affairs. He travels extensively throughout the continent, covering its politics, cultures and businesses.

However, in his new book 419: Africa Rising and Other Clichés, Guest questions this sudden about-turn in reporting and commentary about the continent.

In an interview with How we made it in Africa, Guest explained that the title is a comment on unchecked optimism about the continent’s improving business environment and economic progress.

The number 419 refers to the 419 scams associated with Nigeria (419 is the article in the Nigerian Criminal Code dealing with fraud). There are a variety of these scams, but a popular one is in the form of an unsolicited email sent to an individual asking for the use of a bank account and for money to be sent to Nigeria to help release funds of which a percentage will then paid to the person who has helped release the funds.

“419 is the famous Nigerian confidence trick where you sell something that isn’t yours to sell,” says Guest. “So if you go around [Nigeria’s commercial hub] Lagos you will see that all the old abandoned plots of land and houses have ‘Beware 419, this is not for sale’ written on the walls. What happens is people come in, they make up a fake deed for the land, and they sell it. And when you buy it, it turns out it already belongs to someone. That is why I chose the title, because there are so many of these positive messages about places like Nigeria going around. However, if you delve deeper, there is a lot more complexity to these places than simply saying everything is going up and everything is great, and it can all be packaged and sold.”

In a video promoting the book, Guests says despite the fact that there has been growing optimism about Africa over the last five years, doing business on the continent remains extremely difficult. “This continent that we ignored from a business and economic perspective for decades is now this great new consumer and commercial paradise. My experience has been that it really isn’t… Right now everyone is saying…. it is a great place to do business, [but] 99% of the time it is impossible from every standard.”

However, Guest says he hasn’t turned into an Afro-pessimist. “I am still absolutely convinced by the huge potential that there is in parts of the continent, but this book is really an attempt to highlight some of the nuances… We hear all these statements like Africa rising, and we think that means that I can double my money anywhere from Cape Town to Bangui to Banjul to Cairo. The truth is you’ve got 54 different countries with vastly different economies.”

He notes that while a few individuals are benefitting from an increase in foreign investment, this wealth is generally not trickling down to the average person.

A recent survey by Afrobarometer found that African poverty levels have barely improved in the past decade despite an average annual 5% growth in GDP in the same period.