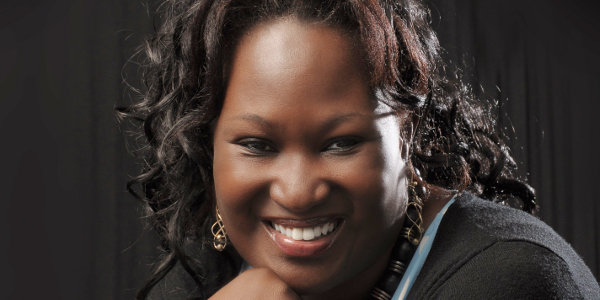 Kenyan scientist Yvette Ondachi ventured into farming nine years ago, hoping to build a financial cushion in case she ever lost her primary source of income. She was then working in marketing for a global pharmaceutical company.

For five years Ondachi made big investments in greenhouse tomato farming in eastern Kenya, but she also made mistakes.

“I had a brilliant strategic plan that was going to make me the next big millionaire but the one thing I overlooked came back to bite me, and that was testing the soils. In the fifth year I lost everything I had invested, millions of shillings. I lost every ounce of my savings,” Ondachi recalls.

But she didn’t give up farming, much to the surprise of those around her.

“I went back to the farm and did it right. That year I made back everything I had lost and the next year the revenues doubled. What changed is I tested the soil, and I was more aware of the risks,” she says.

Her experiences, and interactions with smallholder farmers, who were also making losses, inspired Ondachi to start a new venture called Ojay Greene. The business produces and sources fresh fruits and vegetables from smallholder farmers to sell to supermarkets, restaurants and hotels in urban areas.

Ondachi set up Ojay Greene in March 2014 after quitting her marketing job, ending a 15-year career with pharma giants AstraZeneca and GlaxoSmithKline.

“Our mission is to increase the earnings of smallholder farmers and to assure them a consistent and predictable income stream,” Ondachi explains. “For our buyers we take care of a logistical nightmare for them. We give them what they need consistently, especially when no one else in the market has a particular food crop.”

“I decided to risk it all and walked away from my nice, comfortable nine-to-five job. There have been some gut-wrenching moments,” she says. “There have been moments that have been physically very difficult but there have [also] been moments of satisfaction that I have never felt in my entire life. I call it bittersweet.”

Ojay Greene currently works with 250 smallholder farmers piloting its model. The company signs contracts with the farmers to produce specific food crops, which it commits to buy. It then offers them high quality seeds, access to its demonstration farms and agronomics support.

“We also organise training programmes where experts engage our farmers on emerging issues such as climate change. Our hope is that the support we give farmers will make them more productive, more competitive and that they will continue to be loyal to us.”

With Nairobi’s population of over 3.5 million, Ondachi observes there is a big market for fresh produce. The expansion of supermarkets and restaurants also makes formalised supply of fresh produce a good business opportunity. But she warns that in agriculture one has to be aware of the many risks involved.

“Agriculture is a business where you can do everything right and some funny insect comes from nowhere or the wind blows with some bacteria and it spoils everything. Crop failure can be very demoralising,” she says. “We are very deliberate in our planning, we don’t just plant things. We have specialised farmers, for instance, who grow tomatoes because it takes a skill. One mistake and you could lose everything.”

It also takes time to build trust among farmers since some have in the past been approached by people who promised to buy their produce but backtracked on the promise.

“We are [also] dealing with perishable produce which is risky. We need infrastructure such as warehousing, cold house storage [and] refrigerated trucks for us to be more efficient.”

Although she has had some missteps after starting Ojay Greene, Ondachi says she learnt quickly. She advises entrepreneurs not to fear mistakes, even though they often lead to financial losses.

“Having a dream is great but it is not enough. You have to fight for your dream, you have to sell your dream. Entrepreneurship is about getting people to believe in you, to believe in what you are doing, and to jump on the bandwagon and help you achieve that dream.”