“Africa is not an easy place in which to do business. However, significant groundwork by those looking to invest in or set up operations on the continent can assist with avoiding the various pitfalls that may lie ahead,” says PricewaterhouseCoopers Associate Director: International Tax Services, Silke Mattern. 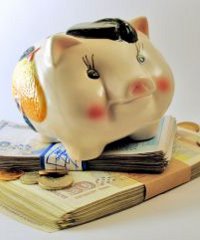 “Being the second largest and second most populous continent after Asia, with an estimated population of about 1 billion, it has a large and untapped consumer base. It is also highly resource-rich and produces about 13% of the world’s oil, 50% of platinum-group metals, 46% of diamonds, as well as significant contributions to global gold and cobalt production. It is not surprising that Africa holds much appeal for foreign investors.”

Mattern cautions that with 53 countries, a diversity of cultures and historical backgrounds, and varying stages of economic development, doing business in Africa can be a challenge. “Africa is also perceived as being corrupt; there are usually restrictive exchange control regulations; companies can face unique risks such as kidnapping of personnel, piracy, or the blocking of goods at borders; and many companies have had regrettable experiences with state interference and monopolistic practices, or with governments not honouring agreements. Doing business in Africa can also come with social obligations such as the building of schools or hospitals.”

Speaking at the PricewaterhouseCoopers 2010 African Tax and Business Symposium held in Dubai, Mattern cautions that once the business decision to invest into Africa has been made, companies are often taken off guard by unanticipated taxation issues. “When on the ground, they may find that practice differs from the legislation. Another downside is that legislation, including tax laws, can be applied retroactively.”

Many African tax systems are outdated and simple, and they lack certainty on the interpretation of complex issues. Tax regimes on the continent are usually source-based and rely on tax collections from revenues derived within that country – in contrast to developed market regimes which are residence-based. With a limited treaty network between African countries themselves and between African and developed economies, foreign investors face many uncertainties. Also, foreign investors in Africa find themselves a key focus of revenue collection for African governments. They may be subject to double taxation, which has a negative impact on their group effective corporate tax rate.

Mattern describes a typical investment structure between the offshore parent and its African operations. “There would usually be numerous types of payments from the African subsidiaries to the offshore holding company in the form of royalties, management fees, technical fees, dividends, interest, and fees for other services. Where there are DTAs in place, they would normally cover interest, royalty and dividend payments and double taxation would be avoided. However, management fees, technical support services, and other services are normally not covered by DTAs – so one would then look to the domestic law of the country of the payer to determine the tax treatment. In many countries management fees and technical fees are subject to withholding taxes (on the invoiced amount, not considering any costs related to those charges). The avoidance of double taxation is then dependent on the domestic legislation of the country of the recipient. In many cases companies will suffer higher taxes because the recipient’s country may not credit the foreign tax paid. However, some African countries have special rules for management fees and technical services fees in their DTAs. If properly planned, companies may take advantage of these treaties.”

Mattern recommends not commencing business in Africa without having analysed the tax system of the respective country. Especially in countries without tax treaties, companies have an increased risk of tax exposure since they may be viewed as establishing a taxable presence (‘permanent establishment’).

There are also specific concerns relating to VAT and import duties. Mattern cautions that VAT arising on exported services often results in a cost. “African countries do not have a unified VAT system (as the EU does), and Francophone and Anglophone countries tend to have contradicting rules on the supply of services. To avoid VAT costs, companies might have to register overseas for VAT, if this is possible.”

On import duties, Mattern says that rules in practice tend to differ from what is legislated; documentation requirements can be extremely complex; and there are risks of products being impounded by governments. There is also the matter of inconsistent application of the Rules of Origin, being those rules used to determine the country of origin of a product for purposes of international trade. However, there can be trade bloc benefits (for example, Economic Partnership Agreements that are negotiated by the European Commission with various regions, and in Africa these included Common Market for Eastern and Southern Africa (Comesa), Economic Community of West African States (Ecowas), South African Customs Union (SACU) and West African Economic and Monetary Union (Uemoa).

Mattern concludes that while doing in business in Africa is challenging, there are many examples of companies from around the world which have a presence on the continent. “The key is to do your homework. Try to anticipate all possible problems and how these could be addressed and overcome.”