Africa Tech Trends is a fortnightly column by Tom Jackson focusing on the most important developments in Africa’s technology industry and examining how it is changing the way business is being done on the continent. 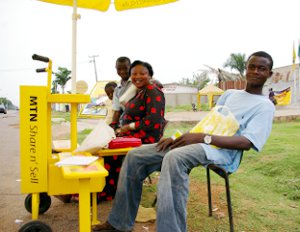 MTN has reached an agreement in principle with IHS Holding Limited for the transfer of its towers.

African mobile operators this month continued the ongoing process of selling off their tower assets to independent management firms. In the past few weeks, MTN Nigeria agreed to transfer 9,151 of its towers to IHS Holding Limited and Bharti Airtel sold more than 3,500 towers to Eaton Towers.

This is a process that began in Africa in few years ago, mirroring similar developments in other parts of the world. The latest acquisition was the ninth tower transaction for IHS, which has previously acquired 2,136 towers from Etisalat Nigeria and further infrastructure from MTN in Côte d’Ivoire, Cameroon, Rwanda and Zambia. Airtel has also been going through a process of divestment, as have the likes of Vodafone Ghana and Orange Kenya.

The shedding of tower infrastructure by operators is good value for both parties. For operators, it means a reduction in infrastructure costs, leading to savings of up to 20%. While for the management firms there are long-term profits to be made, as most of the contracts are lengthy and firms can have more than one tenant per tower.

Olleh Rwanda Networks (oRn), which is a joint venture between Rwanda’s government and South Korea’s KT Corporation, will use Nokia Networks technology for the country’s first commercial LTE network. The programme aims to deploy a high-speed 4G LTE broadband network covering 95% of the country’s population within the next three years.

Nicholas Nganga, chairman of the board of Kenya’s largest operator Safaricom, told the company’s annual general meeting on 16 September it is ready to roll out 4G services in the next financial year as it acquires additional spectrum.

A study released earlier this year by market intelligence firm ABI Research predicted 50% of Africans would be covered by LTE networks by 2018.

Earlier I wrote about the drive towards interoperability in mobile payments, which allows individuals and businesses to move funds to any mobile money account regardless of the company with which it is held. In the last two weeks, developments have centred around adding value to the already popular services.

Pan-African operator MTN has partnered online payments company Skrill to allow MTN subscribers to make purchases from global internet brands integrated into Skrill’s network using funds from their MTN mobile wallets. For now the partnership is being piloted in Côte d’Ivoire and Rwanda, with the service soon to be extended to Benin and Uganda, followed by other markets.

Meanwhile, Millicom-owned Tigo Tanzania, which has been one of Africa’s pioneers in interoperability, has launched Tigo Wekeza which allows customers to earn interest on their mobile money balances. Customers can collect quarterly payments, and can also nominate non-profits to benefit from these returns.

Meanwhile, the International Finance Corporation, has signed a $3.9m advisory services agreement with Airtel Uganda as it seeks to expand access to mobile financial services. With just under half of the adult population of Uganda having no access to formal financial services, the three-year project is designed to assist Airtel Money Uganda in both strengthening its operations and increasing the number of active customers.