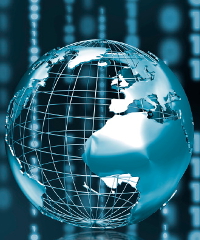 Tom Jackson talks about the depressing reality of Africa’s readiness for its migration to digital broadcasting.

Another week of farce on African digital migration

It is becoming ever more clear each passing moment. The vast majority of African countries were woefully unprepared and hugely naive about the urgency of adequately preparing for the migration from analogue to digital broadcasting.

There is no excuse for the chaos that has engulfed the continent. African governments have had since 2006 to get ready for June 17, 2015. After that date, the International Telecommunication Union (ITU) will no longer protect countries from cross-border radio spectrum interference, while broadband providers will be denied access to spectrum badly needed to serve rural areas.

South Africa is one of the countries that seemed more prepared than most to make a smooth transition, but the migration has been nothing short of a disaster. As late as last year it was unclear even what department was handling the process. And it has now emerged the country may have to wait until 2017 to complete its migration.

Meanwhile, it has become known that the ITU has allowed 30 African countries to extend their digital migration beyond the global deadline. Exempted countries include Tunisia, Morocco, Algeria and Egypt, as well as the likes of Ethiopia, Sudan, Somalia and Eritrea. But these exemptions were agreed in 2006, and no countries that signed up to the original deadline will now be able to gain an exemption.

As a result African countries have panicked and are rushing through their migration processes before they are ready. Tanzania turned off analogue broadcasting last year, even though only 500,000 of the necessary decoders were in use in a country of some three million TV sets. In Rwanda, 27% of people with television sets had not acquired a decoder. Kenya has switched off analogue in most areas even though most people do not have decoders, with a court battle ensuing.

So, it’s a lose-lose situation. Miss the deadline, lose the benefits, and risk signal interference. Make the deadline through a desperate hard shut-off, and cut many people off from possibly their only source of information. It all could have been avoided by coherent strategies from the off, but that is Africa’s digital migration calamity in a nutshell.

Is Africa ready for its digital future?

A pessimistic column this week, it seems! But another area where the continent has again been woefully unprepared is in cyber security. The rate of growth of internet penetration in Africa has outstripped its preparedness for the threats that will inevitably come with that added access.

Again, it all could have been so different. Governments and regulators could have planned ahead for this scenario. But as it is, it wasn’t until June last year that the African Union (AU) finally agreed on a convention on cyber crime. That’s, however, just the first step on the way to implementation. Not a single one of the 15 African countries that needs to ratify the convention for it to come into force have done so. Estimates are that this will take up to five years.

In the meantime, cyber crime spirals out of control. Nigeria’s Inter-Bank Settlements System estimates the country’s banks lost US$800m to electronic fraud between 2000 and 2013. Losses from cyber crime totalled $500m in South Africa in 2014. And, meanwhile, a number of African countries are putting in place questionable cyber security laws that are much more dangerous to personal data and freedom of expression than the proposed AU convention. It is right that the AU takes the lead. It is just a shame it has taken, and will continue to take, so long.

Mobile money users getting greater freedom than ever

I’ll try to end on a positive note. Mobile money, long the flagship technological advancement of the African continent, continues to show everyone else how it’s done. After years of competing, the last year has seen operators increasingly realise the need for inter-operability. Allowing mobile money users to transfer money regardless of what operator an account is held with, has taken off this year.

The process accelerated in the last fortnight, with Millicom – which has led the way so far – signing an agreement with Vodacom’s M-Pesa. It means users of Millicom’s Tigo Pesa service in Tanzania have become the first in Africa able to transact with users of all the mobile money networks in the country. Millicom had already signed deals with Airtel and Zamtel. If partnerships like this continue to be signed across the continent, then moving money around will be easier than ever before.