“There are so many more interesting things to tell when coming back from the bush in Côte d’Ivoire or Tanzania or Ethiopia, than coming from a meeting in Brussels or Frankfurt.” 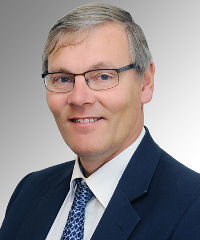 So says French-born Eric Bureau, head of business development for Africa at Bayer CropScience, a division of the German healthcare and chemicals giant Bayer.

Two years ago the company reviewed its African operations and came up with a plan to significantly ramp up its presence. “A number of multinational companies are looking at Africa with new eyes. Africa is experiencing strong growth in many sectors, and agriculture is clearly also part of that growth,” Bureau told How we made it in Africa at the company’s headquarters in Monheim, Germany.

Bayer CropScience produces a variety of agricultural chemicals and seeds. In Africa it especially wants to boost seed sales – notably cotton and rice – an area where it has been lagging some of its competitors.

Its first genetically modified (GM) cotton seeds were sold in South Africa last year, and cotton trials have been conducted in Cameroon.

Many African countries however don’t allow the growing of GM crops, and the challenge is to ensure GM seeds don’t find their way into neighbouring countries where they have not been approved. Bayer however is comfortable in Cameroon because the cotton industry is tightly controlled by a government-owned company which distributes inputs to small-scale farmers.

But the lead times for these projects are significant. The company started its first cotton trials in Cameroon in 2012 and expects regulatory approval next year. Sales are only anticipated to start in 2018.

Agriculture in sub-Saharan Africa remains dominated by small farmers. And although Bayer’s business traditionally focused on large commercial projects and government tenders, it is now actively targeting small-scale farmers. “This smallholder sector was relatively unknown and untouched by us, and also many of the agricultural input suppliers,” explains Bureau.

Doing business with these millions of small farmers – who live in remote areas with little access to finance – is however easier said than done. Bayer has therefore introduced smaller, more affordable pack sizes and is also involved in ‘demonstration farms’ that highlight the benefits of modern farming technologies.

Human resources also pose a challenge to Bayer’s African expansion plans. “In many African countries it is difficult… to recruit people who have the skills, the knowledge and also the business approach we are looking for,” says Bureau.

And retaining talent can also be difficult. “Particularly at a time when not only Bayer is investing in Africa, but a number of multinational companies. So there is a clear competition to attract and retain the best people.”

Local manufacturing not yet feasible

In Africa, Bayer CropScience currently only manufactures in South Africa, the continent’s most sophisticated economy. While it has some initiatives to locally refill and repackage products, Bureau says the limited size of individual markets and cross-border trading challenges make full-scale manufacturing in other countries unfeasible.

“Establishing a plant in Africa would only make sense if there is easy access to other countries, and this is not the case today. There is not one single country, apart from South Africa, that can justify a manufacturing unit. The others do not have sufficient market size to justify investment in a plant.”

The crop protection and seeds industries are fiercely competitive. Bayer’s competition includes generic products from India and China as well as companies such as Syngenta, BASF and DuPont.

However, the gap between Africa’s agricultural potential and actual output is so wide that there is certainly ample room for all players in the market.

“Africa is certainly part of the solution to feed the planet in the year 2050, or the next century, because there is huge potential to increase the yield of already existing crops.”