Although it carries 25% of the world’s disease burden, Africa manufactures less than 2% of the medicines it consumes to cure them. More than a dozen countries have no local manufacturing at all. 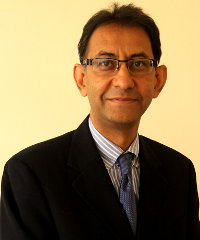 With a growing population and obvious market demand, Kenyan pharmaceutical manufacturer Dawa Limited has big ambitions of expanding its reach across 30 countries in Africa over the next five years. Dawa is already active in 10, distributing a range of 140 products for both human and animal use.

Kenya is one of few countries in Africa with a robust pharmaceutical manufacturing industry. The East African nation has over 30 manufacturers. And Dr Ajay Patel, managing director of Dawa, says there is opportunity to expand regionally.

Some of the countries Dawa (Swahili for medicine) is eyeing include Nigeria, Ghana, Madagascar, Angola, Sudan and Ethiopia.

The company has started exporting to Côte d’Ivoire, Togo, Benin and Senegal. “We are focusing on francophone West Africa where there are few players. The scope for Dawa to move into those countries is huge,” says Patel.

Factors that will drive Dawa’s expansion success include going to markets where there is little or no local production, and having an upper hand in logistics compared to other exporters. He explains, for instance, that Dawa has an advantage in markets such as Malawi and Zambia where its goods arrive in two weeks compared to the four to six weeks it takes to export from India or China. Acceptability in new markets will also be vital.

“There are countries which will not think much of Kenyan products,” he says. “The southern part of Africa will still prefer to pay more and get products from South Africa. In Angola where we tried and had to stop, the market is still dominated by South American countries such as Brazil. We are now planning re-entry into Angola, but with a different strategy.”

He notes that opportunity is also abundant in veterinary products. Neighbouring Ethiopia has the largest cattle population in East Africa. Dawa is constructing a new $4m plant, due to open in 2016, dedicated to these products. “We feel the veterinary market is growing tremendously in Kenya and surrounding countries.”

It recently completed a $5m renovation of its Beta Lactam unit which makes penicillin-based antibiotics and is expanding its warehouses to cater for increased production. Next year Dawa will spend $7m to expand its general manufacturing block which makes products such as capsules and tablets. And there are currently talks with a Tanzanian manufacturer for a takeover.

“The population in Africa is growing so pharmaceuticals will always be in demand. The amount of funding from foreign donors towards medicines is increasing, a good indicator for our industry. We also see more foreign companies bringing in pharma products,” says Patel. “In fact one area where see growth is in joint ventures for manufacturing of high-end specialty products and vaccines.”

When Patel and his business partners took over Dawa in 2004, initially owned by the government of Kenya, it had a well-known brand, 50 employees, 30 products and very old machinery. He had spent a decade running Medisel Kenya, a company he co-founded which imports and distributes pharmaceuticals and surgical products. Although Medisel had grown exponentially Patel says he felt they had “reached a plateau”.

The government was planning to implement 10% duty on all imported goods, a move that would have favoured local manufacturing. But that policy was reversed overnight leaving the new Dawa team at a disadvantage.

He describes the journey of reviving Dawa as “rocky”. Besides fighting off cheap imports, Patel and his partners had expertise in finance and the medical field, but none in the technical elements of manufacturing. Getting talented people in this field was challenging, and still is.

The Good Manufacturing Practice (GMP) standards kept changing hence the team had to make massive investments in improving the factory. Loans came at high interest rates. The US-trained pharmacist also admits to making the mistake of trying to do everything in those early days.

“I did not delegate early and quick enough. I was going out to do sales myself, or trying to see how to improve production and import the raw materials at the best prices. These areas were not my expertise. As soon as we took over Dawa we should have brought in a top level team to take it over from there, rather than us trying to do everything,” he recalls.

But Dawa weathered the storms and has come out strong. It now employs 450 people. In 2010 and 2011 it was recognised as one of Kenya’s Top 100 mid-sized companies. Last year the company broke out of the mid-sized category when annual sales exceeded the threshold of Ksh. 1bn (about $11.1m). Its sister company, Medisel Kenya has also grown from a staff of three to 180. It started in 1994 with importing just three products from Greece and now has a range of over 400 and offices in India and China.

Patel adds that pharmacy is “in his blood”. His father was a pharmacist and started one of Kenya’s earliest retail pharmacies. Upon return from work and study in the US, he joined his father’s business and transformed it into the largest distribution outlet in central Kenya before co-founding Medisel.

He attributes his success to support from his partners, having a visionary board and top leadership, and the right manpower and machinery to implement strategies. “I have learnt that if you don’t know the subject, then get someone who does. You need people who know what they are doing, and give them authority to a certain level.”