“If we adopt an entrepreneurial mindset, then we can really change the game and create magic out of ashes,” said Fred Swaniker at the recent African Leadership Network (ALN) annual gathering in Accra, Ghana. 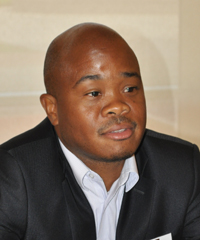 Fred Swaniker is the CEO of the African Leadership Network.

Swaniker is the CEO and co-founder of the ALN, a body that creates a platform for African leaders, entrepreneurs and companies to collaborate in Africa’s prosperity. Swaniker, who has an extensive history of promoting and developing entrepreneurship on the continent, is also the founder and CEO of the African Leadership Academy, a pan-African secondary school that aims to develop future generations of leaders.

In a media interview in Accra last week, Swaniker said that one of the key drivers behind the growth of entrepreneurship on the continent is Africa’s young population. “Africa as you know has the youngest population in the world.  The average age of an African is 19.6 or something. Young people are usually more optimistic, willing to take more risks, and have a longer time horizon to recover from failure,” said Swaniker. “So that’s driving entrepreneurship and is a really wonderful positive force for entrepreneurship in Africa. If you think about all the entrepreneurs that have changed the world, a lot of them started young.  You know Bill Gates was 19 when he started Microsoft and Richard Branson was 16 when he started Virgin.”

Swaniker believes that Africa can solve its own problems by taking charge of its own destiny and realising its full potential. “We are growing at 5-6% and we are clapping our hands. That is not acceptable… at this rate it will take us 50-100 years to become a developed society… we should be growing at 10-12% a year. How do we do that? Through adopting an entrepreneurial mindset… let’s think about game changing ideas and game changing ways of governing our countries, building companies and competing in the world. That’s how we are going to become a prosperous continent.”

“I think there’s a change, in that Africans are starting to realise that we have more potential that we haven’t fully captured yet,” continued Swaniker. “But we are nowhere near where we should be. The vast majority of Africans still look to the rest of the world, and are still expecting handouts and still waiting for someone else to solve our problems. I’m saying its better than the past but we’re nowhere near where we should be.”

Swaniker described entrepreneurship as a “disruptive force” in that it can change the trajectory of a country. For this reason, Swaniker believes that an entrepreneurial mindset is required in all sectors of African society, including government. “If you look at the previous generations of leaders we’ve had, we had the generation that brought us independence – I call that Generation One.  Generation Two are leaders who followed them, who brought warfare, chaos, corruption and coup d’états – most of those are gone [but] they are the ones who gave Africa a bad name.  Generation Three are the leaders who brought peace and stability and now that we’ve tackled all those issues, the next and the last problem that needs to be solved in Africa is that we need to become prosperous,” stated Swaniker. “So that is why I think that the legacy this generation must leave is the generation that bought prosperity.”

So what is the central threat to entrepreneurship in Africa? Swaniker believes that government policy is limiting entrepreneurship and start-ups on the continent. “I mean, you’d think that governments don’t want to collect more tax… the way they behave… taking 60 to 120 days to register a business and then all kinds of onerous requirements and taxes, and so forth, that just make it hard for you to get started as a businessman in Africa… So if governments focus on the right policies and getting the right infrastructure then we will unleash a very powerful force for entrepreneurship in Africa because all the entrepreneurs we need are right here in Africa, and we can grow our economies,” added Swaniker. “If we just create the right environment for them and free them, we won’t be the poor continent for much longer.”